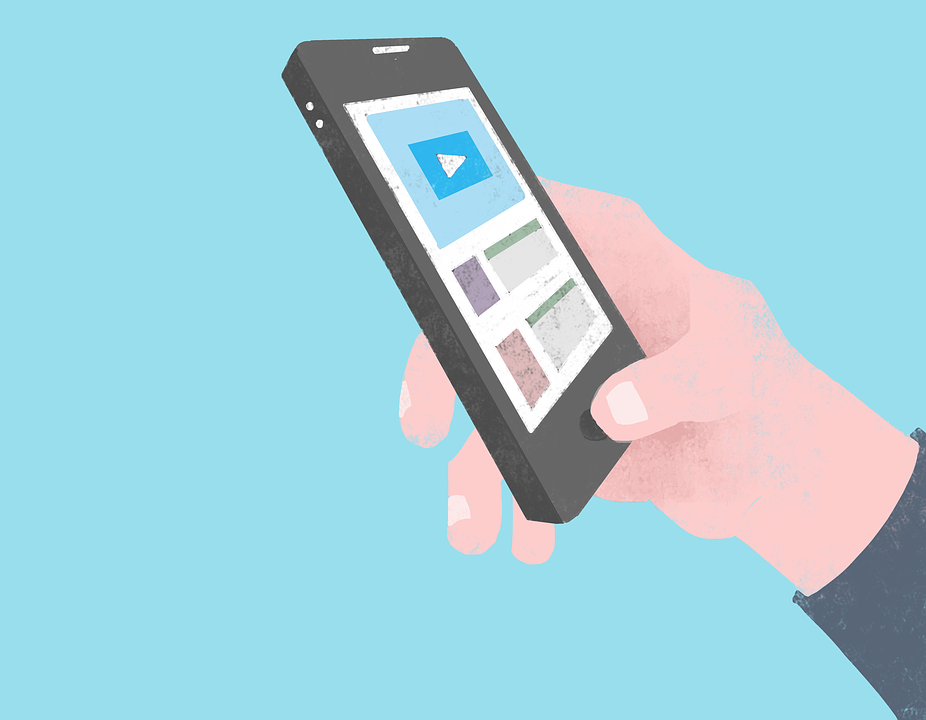 Believe it or not, no matter what your mobile app is or does, you sure need video integrated into it for several reasons. Due to these reasons, some mobile app development companies have begun to adopt the strategy. Even if you are in doubt as to the necessity of videos, the benefits outlined below will give you a second thought.

App users are more attracted to videos than text so they would rather watch than read. So, users of your app will focus more on videos within the app. To put this theory to a test, get a short comedy video. Watch it and put it down in text. Post the text form on your Facebook wall and see how many likes you will get. After a couple of days, you can now post the video itself. You will see how likes will be flowing in throughout the day.

Have you also wondered why videos go viral more than text? It is because people pay attention to videos more. It is also important to remind you that videos pass more messages than text. If a picture is worth a thousand words, a 1-minute video should be worth a billion words; right? Now, look at it this way, if you have to explain a 1-minute video in words, do you know how many words it will take you? In fact, without any form of summary, you may use more than 2,000 words. So, who will read such long text? It is better to introduce and explain the benefits and how to use every feature on your app with videos.

Several mobile app development companies are already doing it. Since it is in video, users will take the time to watch it. Besides, videos linger longer in the minds of viewers. So, they are likely to understand your explanation better with videos.

According to a recent report, most online videos are accessed via one mobile app or the other. So, why not grab your fair share of the viewers? There is another report that videos offer higher conversion rate and they command certain credibility. Remember, seeing is believing.

Think about one of your favorite movies , would you have loved it if every scene of the movie was in mere pictures and there is a text underneath to explain what happened in each scene? Placing a bet that you won’t even watch a quarter of such movie of mere images will be a very safe bet, if not a sure one.

Since videos go viral much more than other formats, it is a good idea to share the videos of your app on social media and chances are good that most of the videos will be shared. Sharing your videos will only bring more credibility, popularity, and downloads for your app. Facebook once reported that there are average daily video views of over 8 billion on its platform alone. Imagine what the figure will amount to if you add other social media platforms to it. So, any mobile app development company that is yet to adopt video integration is missing big time.

You need a video to stand out

It is rather unfortunate that about 80 percent of apps are usually deleted after just one use and what makes the situation worse is the fact that users have storage space constraint. Users don’t have enough space for all the apps they need and apps do not work on external memory. So, only the best and most frequently used apps are retained on users’ mobile devices. This is the main reason most apps are deleted after a single use.

So, how do you expect your app to stand out among about 7 million apps out there? Your best bet is to adopt a simple and brief explainer video.

Now, if you come across the adverts of two similar apps and one offers a simple explainer video while the other dwelled on only text? Which one will you go for? It is definitely the one that offers a video. Unfortunately, the other one may be a better choice.

Having outlined the benefits of video integration to your app, it is also necessary to share a few tips on how to get the best from the videos.

Tips on how to make the best out of a video

It is very important to keep your video very brief. Users have an average attention span of just 1 minute so an ideal video spans less than a minute. When a video plays longer than a minute, boredom will set in as the law of diminishing returns will kick in. Besides, more people will drop off before the end if it is too long.

2. Put the most important reasons first

Remember that not all viewers will get to the end of the video no matter how short it is so you should put the best and most attractive scenes first. This may attract them to watch it to the end.

Most people waste unnecessary time on listing the features of their apps. This does not attract users. You need to attach each feature to benefits for users. People watch the video to find out what is in it for them.

In addition, it is also necessary to include why your app is better than all the other apps within the same niche. You need to address that too. It is possible that some of the users watching the video already have a similar app on his phone. He needs a good reason to delete that app and download yours.

In conclusion, your video may just be a complete waste of time if it is at variance with the 4 tips discussed above. Remember, not all videos have high conversion rate. You don’t want yours to be among such poor videos.

Melissa Crooks
Melissa Crooks is Content Writer who writes for Hyperlink InfoSystem, one of the leading app development companies in New York, USA & India that holds the best team of skilled and expert app developers. She is a versatile tech writer and loves exploring latest technology trends, entrepreneur and startup column.

How Changing Engine Oil Can Improve Your Car Health

What Are The Advantages Of Plastic Injection Moulding?

Importance of a Fund Manager in Mutual Funds

Need for An Air Purifier

Buying A Time And Attendance System For Your Business In 2020? Here’s What You Need To Know:

What Is The Process of Preparation For A Cervical Decompression Treatment?

Reasons Why Scott Bikes Is The Best Choice For Paddle Adventures

Why should you choose a cab services in Bangalore?

Occupations that can lead you to Australian PR

How to Add a Netgear Wireless Router to the Home Network

What are the things to keep in mind when buying a Beard Trimmer?

Ways to Establish Trust with Your Chosen Physician Recruiter

Know about the causes of dandruff